This e-letter is both a resource for those of you, looking for the best dental assistance AND a tool for dentists to pass on to their clients looking to recover their health. I have published a list of the best mercury free and biological dentists in the UK and Ireland here.  (If you know of any updates, please let me know).Also I want to share with you, my own, life changing dental experience so you understand the tremendous importance of having access to this elite group of dentists.Please forward this email widely &  click here to join my list if you have received it from a friend. (My name is Jonathan Frewing and I am a practitioner of Autonomic Response Testing and Field Control Therapy in Sussex, England).
It was only when I found myself forcibly discharging a loved family member from a psychiatric ward (before she was sectioned) that I really grasped what Dr Klinghardt had taught me about dentistry, several years earlier.Incredulous, I had watched as someone I loved, went from vibrant, energetic and organised to confused and paranoid in the space of a week.  Within another week, she didn’t know who she was or how to care for herself.  Next, she was rushed to hospital with blood pressure of 220 over 110 and became quite psychotic.This wasn’t mercury poisoning, it was simply an infection, sealed in under a filling placed a week or so before.  The infection had tracked up the nerve and entered the brain, where it wreaked havoc, causing a plethora of explosive symptoms including loss of appetite, garbled speech, paranoia, weakness fear and an inability to walk.But in a strange way she was lucky.  The speed of onset of her illness, helped me focus on recent events, and through Autonomic Response Testing and the rapid response of this well respected dentist, I was quite quickly able to identify the cause, and start taking the necessary steps to enable her to fully recover over the following weeks and months.Her story could so easily have been very different. Dr Jerry Tennant for example, was not so lucky.  He degenerated slowly, from leading ophthalmic surgeon to pretty much bed ridden for 7 YEARS before the extraction of a toxic root canal filling restored his health in 48 hours!

Just imagine if someone close to Dr Tennant had known what I am sharing with you now – that a dental ‘focus’ can cause dramatic, life threatening and apparently unconnected disease anywhere in the body.  They could have given him back 7 years of his life.

In my practice I have seen this time and again.  We have identified tooth and jaw infections, problem root canals, hidden mercury deposits and occlusion problems.  These have then been discussed and resolved with their dentists, and the benefits have often been quite dramatic.

It should be understood though, that latent tooth, jaw or root canal infection doesn’t have to result in such dramatic health issues.  More often than not, it is simply a burden on the immune system, preventing recovery, and is responsible for just some of a person’s symptoms.  And this is where Field Control Therapy can be so helpful, not just to identify the focal issue, but also to enable the body to detoxify and to restore the struggling immune system.

Root canals are perhaps the biggest dental suspects in chronic disease.  Dr Rau of Paracelsus, insists that they are removed from all those who seek his help as a matter of course.  Certainly a root canal filling can be a valuable procedure to preserve the bite and may be good for years to come.  But once it goes bad, it can go VERY bad, secreting the most powerful of biological toxins.

Implants are another ticking time bomb, and just last week Dr Stephen Jacobs, a past president of the Association of Dental Implantology, and well-respected implant surgeon,  confirmed that ‘peri-implantitis’, an infection of the gum and subsequent jaw bone loss, may affect as many as a third of those who have the procedure. This may in part be due to a rough titanium post that some dentists choose for its bone integration properties, while being unaware of its capacity to harbour bacteria.  So choose your dentist WISELY.

Jaw infections and nico lesions (encapsulated infectious pockets) are also potential contributors to chronic disease, and if not well managed, can break into the sinus or track up the nerves and into the brain.  When surgically removed by an expert, an incredible weight is lifted from the immune system, and all sorts of recoveries become possible.

Extractions and Structural Problems can set a child up for a lifetime of misery or propel an adult into neurological disease as the cerebro-spinal fluid fails to circulate and brain pickles in a toxic soup.  I have watched as parkinson’s tremors fall away when a person bites down on pencils placed either side of the mouth to open the bite.  And I myself have suffered headaches and back problems for many years as a result of the standard childhood extractions and braces.  Please don’t do this to your child.  Instead read this article by Ian Hedley, a mature dental student, who missed out on his teens and 20s while he battled to recover from this standard, orthodontic procedure.

Mercury Amalgam filling removal is, of course, the single biggest reason people seek out properly skilled and equipped mercury free dentists, but even the best of these will agree that amalgams cannot be removed without some mercury vapour escaping. So what’s the answer?

Some dentists supply oral chelators (heavy metal absorbers), while others opt for IV infusions, and these can be very helpful.  My own reason for graduating to FCT however was the observation that sick people already have weak and compromised organs and that systemic chelation can simply redistribute some of the mercury from elsewhere, right into those suffering organs.

The process I now adopt is to facilitate the detoxification of those ailing organs with FCT remedies, prior to starting amalgam removal.  This prevents the individual from going into the procedure already a ‘brimming barrel’ and likely to over-flow.

Subsequent to amalgam removal, many stay with me for the longer term to address severe and chronic health complaints ranging from gastric and endocrine disorders to neurological and auto immune conditions.

FCT practitioners’ position, after decades of boi-resonance testing is that mercury remains the single biggest causative factor of chronic disease.  It is a powerful neurotoxin and immunotoxin.  It opens the doors to infections of every sort, and mixes with other heavy metals to create even more lethal combinations.

The only scientifically valid solution to any problem is to identify and then remove its cause.  Anything else is merely a crutch.

For those of you questioning mercury’s relevance, or not yet aware of the ‘International Academy of Oral Medicine and Toxicology‘, I encourage you to access this excellent resource and to point it out to any uneducated dentist still claiming amalgams are safe. 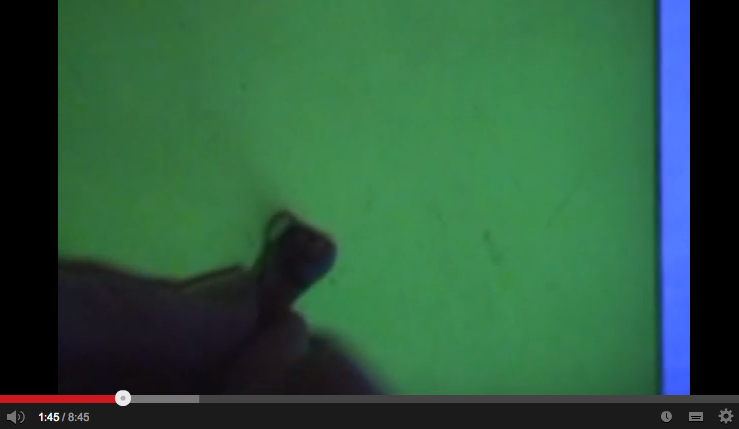 I hope this email will provoke thoughts, questions and observations and look forward to helping as many people as I can on their journey to health.  Please feel free to call me to discuss your case.